I am very lucky.  I have been blessed with a great stepson.  The Boy is an amazing kid.  He is kind of your normal 13-year-old boy.  He can be funny, moody and too smart for his own good by half.  For as long as I have known him he has been afraid of…well most everything.  I am not going to get into who or why this happened, mostly because it matters very little in the big picture.

There have been so many things that he has either stopped or not even started because he was scared.  I am not going to lie, this has been a large frustration of mine.  I have attempted to get him into different things like sports or other activities he mentioned that he MIGHT like such as skateboarding. I got him the gear and all then…nothing.  Oh well.  Such as life, right?  I came to a point where I was not going to push it anymore.  I knew it was not going to be best for him to try to push into stuff beyond his comfort zone until he was ready.

Fast forward a year or so.  I bought a new-to-me Harley.  When I showed a picture of it to the Boy he said that he thought it was so awesome.  I asked him if he wanted to ride on it when I got it.  He said, “maybe.”  This was about what I was expecting he would say.  He always says “maybe” if he thinks “no” will hurt the other person’s feelings.  Like I said, he is a great kid!  I told him that he is welcome to join me if he wanted to.

We hit the cycle store and he picked out a helmet for himself.  Of course, he picked out a red and black full-face.  The red and black was exactly what I thought he would because these are his favorite colors.  The full face was my call because I wanted him to have the most protection available, heaven forbid something would happen.  Then we ordered matching jacket and gloves for him.  If it is worth doing, it is worth doing all the way, right?

The next week I was able to get the bike home.  The weather was nice-ish (in the upper 30s and no rain).  The bike was not home a few hours and the Boy was all “WHEN CAN WE GO RIDING!?”  I told him when the weather warms a bit more.  I did not want to let his enthusiasm fall flat so I took the opportunity to start teaching him some basic riding safety stuff like how to get on and off the bike, what to do (and NOT do) when he was riding, etc.  I also let him hear what the bike sounded like when it was running.  If you have ever heard most Harley’s run, you know that they can be a bit loud.  The Boy has had a thing against loud noises forever so I wanted him to get used to the sound now so it did not add to his anxiety when it was time to ride.  He jumped a bit when the bike fired, and being a bad dad I have to admit I chuckled a bit.

A few days went by and the mercury finally got about 50 and I decided to give a ride with the boy a try.  I came home from some morning appointments and just mentioned off hand to the boy that I was thinking about taking to bike out to the store and wanted to know if he wanted to join me.  Man-oh-man!  You would have thought that I just gave the kid $1M and every Christmas gift that he had ever asked for all at once.  After he stopped bouncing around like a bunny on PCP I said “so that is a maybe?”  He then snapped back to his 13-year-old self and said “yep, maybe.”

He got his gear together and mounted the bike as I had taught him. I have to admit that I was a bit proud.  So, after a quick review of the rules of the road we were off.  After about 5 to 10 mins I felt the Boy relax and start to enjoy the ride.  After about 15 mins I asked him how he was doing.  “THIS IS GREAT!”  So, after all his fears and worries, he loved riding with me.  I ask him what his thoughts were about this.  He said that he loved riding and if he was wrong about this, he wanted to start trying other things that he was too afraid of trying.  I told him that was great and that we would work on them together.

I have to say that this was and is one of those moments of growth that parents live for.  This is the kid that is/was afraid of almost everything in the world because he thought he was going to get hurt.  Now he wants to go and conquer the world.  From this single victory, he has found the courage to face the many other things that he has been to afraid too.

A lot can be learned from this moment.  I know that there are still many things in my life that I sometimes struggle to find the motivation or energy or even reason to attempt to overcome.  It is so easy for me (and us) to just make excuses why we leave those things unchallenged and/or unchanged.  We can take inspirations from the Boy’s example and step out of our comfort zone and face one thing that we may not normally do.  Maybe it will cause a snowball effect in our lives and all those things that we have been too comfortable or too afraid to do will be next on our “done” list.

As for me, I am going to enjoy our time together with my new Road Dog.  Who knows where the road will take us.  All we do know is that it is going to be an adventure, and we are both looking forward to seeing where it leads. 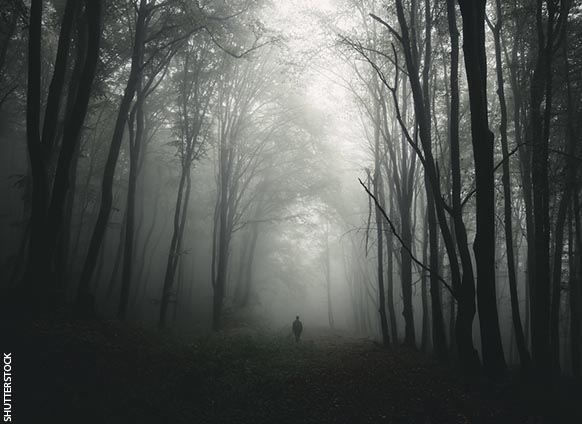 Fear.  Fear is one hell of a thing.  It can be an amazing motivator, a great preventive and an enlightened educator.  Fear can be the thing that will keep you from getting yourself killed.  Your proto ancestors are proof.  If it was not for fear, when they saw that sabretooth cat they would have said, “oooo kitty, me pet.” instead of “ooo big death kitty, me run now!” (at least after that first time when Augh got eaten, but that is another story).  Fear is also the thing that tells you that MAYBE you should not go down that sketchy looking unlit alley at 3am.  Fear can also be the thing to make you pause to make sure that you have everything in place before doing something.  So, as I said, fear can be a good thing.

Fear can also be a cruel implement, a method of torcher and destroyer of things never started.  In the wrong hands, fear can me worse than any amount of physical pain.  Some people use fear to maintain control over others.  Fear can also be used to break people down.  If you have been unlucky enough to be in an emotionally or physically abusive relationship you understand this point far too well.  Fear can also stop things in their tracks before they even get started.  So, fear is something to be…well feared, in the wrong hands.

“Ok Bear, so we all know that fear can be both good and bad.  What it the name of Great Oden’s beard dose that have to do with a blog?”  Well I am glad you asked.  Blogs, like life, can just be affected by fear (Hold on now, hang in there with me.  I promise that I will at least try to make this analogy work).  When I sit down to write, I fear that I will not put out something that is worth reading (I know that, over time, many of you will wish that I had put more time and energy into this fear but that is neither here nor there right now).  In this instant, fear can be a good thing.  It drives me to attempt to put of the best writing that I can.  Fear can also help me choose what topics I choose to cover.  Fear makes me think about how my topic of choice will be received.  There are times where I choose to NOT post on a topic in fear of offending to many people.  No, I do not conceder this pandering or compromising honesty or integrity.  This blog is not here to troll, stir the pot or get people spun up…not most of the times anyway.

Fear too can also be the death of a blog.  There have been many times that I wanted to start this blog but did not out of fear.  What if no one likes my writing? What if I sound like an idiot?  What is no one even reads my blog?  Or worse, what is people DO read it?  In these ways, fear stopped me dead.  I had to come to a point where I wanted it more then I feared it.  And when I feared it more, I had to just gut it through and do it anyway.

“Good job Bear!  We just spent the last few minutes reading your ramblings about fear.  Now what in the Sam Hill does this have to do with us and our lives?!”  Well…a lot!  What I want you, my lovely and amazing readers, to take away from this short “rambling” is simple.  Fear can either mold you are control you.  It will make you better or make you into nothing.  It is all in how you choose to react to it.  If I allow fear to stop me from blogging (or other things that I enjoy and are passionate about), then I have allowed fear to destroy my ideas and dreams.  BUT if I harness fear and use it to hone me, as steel is used to hone a blade, then fear becomes a very useful and almost necessary tool.  In the end, the choice is mine, and also yours.